Article originally written by Alice at Vamos a Leer: Congratulations to the 2016 ALA Award Winners!

We are thrilled to share the news that this year’s American Library Association (ALA) awards recognized several amazing Latin@ authorsamong outstanding children’s and young adult books. These authors have played an important part in the diversification of children’s and young adult literature and we are excited to see that their contributions have been acknowledged with such prestigious awards. Never before has the ALA awards recognized such breadth and depth of Latin@ and Latin American culture in a given year!

As author Meg Medina writes, “It has been a HUGE day for Latino authors and illustrators all the way around.  A ceiling-shattering day.  A day that represents such an astounding shift in respect and perception that it brings tears to my eyes as I am typing this. For the first time, we have Latino winners and honor books in so many of the major awards – the Feldman, the Seilbert, the Printz, the Caldecott, the Odyssey, non-fiction awards and the very highest one, the Newbery.”

This year’s 2016 winner of the John Newbery Medal for the most outstanding contribution to children’s literature is Last Stop on Market Street, written by Matt de la Peña, illustrated by Christian Robinson, and published by G. P. Putnam’s Sons. According to Latino USA, “For the first time in 94 years, a Latino author has won the John Newbery Medal for literature, considered one of the most important honors for American children’s books.” According to School Library Journal, de la Peña has said of his work, “‘Part of what I’ve been trying to do with my books is just focus on moments of grace and beauty in working class neighborhoods,’ he said. ‘This book maybe is about a kid learning to see himself as beautiful—his world as beautiful.’” Last Stop on Market Street was also named an Honor Book for theRandolph Caldecott Medal for the most distinguished American picture book for children and was additionally deemed an Honor Book for the Coretta Scott King (Illustrator) Book Award.

Echo, an acclaimed young adult novel written by the talented author Pam Muñoz Ryan and published by Scholastic Press, an imprint of Scholastic Inc., was also named as a finalist for the John Newberry Medal.

Other Latino/a winners, finalists, and honorees include: Out of Darkness, written by Ashley Hope Pérezand published by Carolrhoda Lab, was named as an Honor Book for the Michael L. Printz Award for excellence in literature written for young adults; Written and Drawn by Henrietta, published by TOON Books, and written, illustrated, and translated from the Spanish by Liniers from Argentina, was named as an Honor Book for the Mildred L. Batchelder Award for an outstanding children’s book translated from a foreign language and subsequently published in the United States; and Echo, produced by Scholastic Audio/Paul R. Gagne, written by Pam Muñoz Ryan and narrated by Mark Bramhall, David de Vries, MacLeod Andrews and Rebecca Soler, selected as an Honor Recording for the Odyssey Award for best audiobook produced for children and/or young adults, available in English in the United States.

Undocumented: A Dominican Boy’s Odyssey from a Homeless Shelter to the Ivy League by Dan-el Padilla Peralta, published by Penguin Press, an imprint of Penguin Random House LLC won an Alex Award for the 10 best adult books that appeal to teen audiences.

This year’s recipient of the Pura Belpré (Author) Award honoring a Latino writer and illustrator whose children’s books best portray, affirm and celebrate the Latino cultural experience was Enchanted Air: Two Cultures, Two Wings: A Memoir, written by Margarita Engle and published by Atheneum Books for Young Readers. Enchanted Air: Two Cultures, Two Wings: A Memoir was also a finalist for the YALSA Award for Excellence in Nonfiction for Young Adults. Two Belpré Author Honor Books were named: The Smoking Mirror, written by David Bowles and published by IFWG Publishing, Inc.; and Mango, Abuela, and Me, written by Meg Medina, illustrated by Angela Dominguez, and published by Candlewick Press.

Finally, Funny Bones: Posada and His Day of the Dead Calaveras by writer/illustrator Duncan Tonatiuh was again recognized when it won the Robert F. Sibert Informational Book Award for most distinguished informational book for children.

Congratulations to all the winners, finalists and honorees! We are so delighted to join in the chorus of acclaim and recognition that you deeply deserve!!!

The results of the Goodreads Readers’ Choice Awards by category:

Mystery & Thriller – The Girl on the Train by Paula Hawkins

Humor – Why Not Me? by Mindy Kaling

Memoir & Autobiography – A Work in Progress by Connor Franta

History & Biography – Dead Wake: The Last Crossing of the Lusitania by Erik Larson

Science & Technology – Beneath the Surface: Killer Whales, SeaWorld, and the Truth Beyond Blackfish by John Hargrove and Howard Chua-Eoan

Poetry – The Dogs I have Kissed by Trista Mateer

Young Adult Fiction – All the Bright Places by Jennifer Niven

Middle Grades & Children’s – The Sword of Summer by Rick Riordan 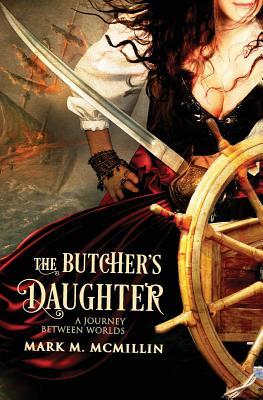